CTB Awards Contract for I95 South Auxiliary Lane in Woodbridge 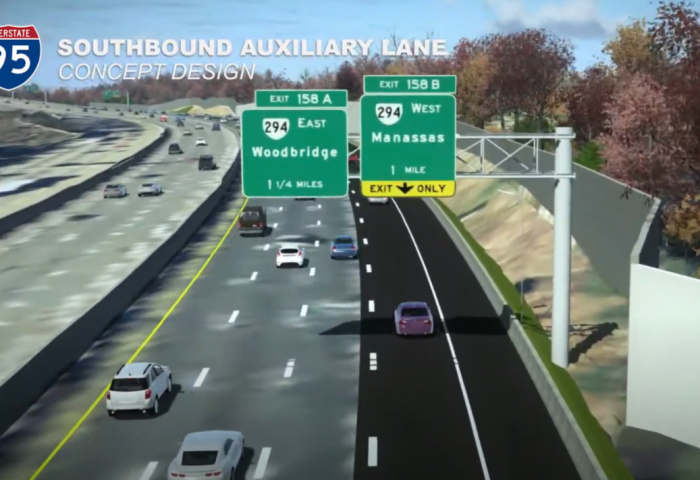 At its monthly meeting March 17, the Commonwealth Transportation Board (CTB) awarded a $14.6 million contract for an operational project to create an auxiliary lane on southbound Interstate 95 from Gordon Boulevard (state Route 123) to the Prince William Parkway (state Route 294) in Woodbridge.

The project will convert about a mile and a half of the existing shoulder to a travel lane, from the end of the existing entrance ramp from Route 123 to the beginning of the exit ramp to the Prince William Parkway. The auxiliary lane will make it easier for drivers to merge into and out of traffic between the ramps and free up additional room for through-drivers.

Work will begin later this spring and is expected to be complete in fall 2022. All work will be done within the existing right of way and mostly beyond concrete barriers, with few traffic impacts expected.

The project is being complete as part of the I-95 Corridor Improvement Plan, and is financed with a portion of the concession fee provided under the 95 Express Lanes Project Comprehensive Agreement.

Visit the VDOT project page for more details, including a video simulation of the new lane.