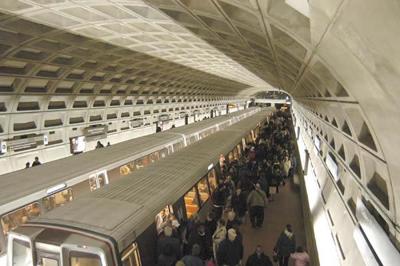 The new state budget now being considered by Virginia lawmakers includes language calling for a long-sought study to determine what it would take to extend Metro’s Blue Line from its current terminus in Springfield to Lorton, Woodbridge, Potomac Mills, and Quantico. Sen. Scott Surovell, D-36th, says money for a Blue Line feasibility study would assess the possibility of extending Metro to alleviate commuter congestion and improve quality of life for working families.

“I have been fighting for this for three years, and with the support of fellow legislators, we can bring vast improvement to our transportation system with ripple effects throughout Northern Virginia. Not only is there a positive impact on the quality of life with a Metro option, but moving people by rail uses less energy than moving them by gas-powered vehicles. It reduces our community’s carbon footprint,” Surovell said in a statement released Friday.

The study is expected to cost about $2 million, but the budget does not specify exactly how much should be spent. A timeline for the study has not yet been determined.

Federal, state and local officials have discussed studying a Metro extension into Prince William County for years. Rep. Gerald Connolly, D-11th, has long had a bill to request federal funding for the effort, but it has failed to gain traction.

In 2015, a Metro official told the Prince William Board of County Supervisors that extending Metro further south would not be possible until the system solves its “core capacity” issues at the Rosslyn Metro station. Trains on the Orange, Blue and Silver lines travel through the central hub, which cannot currently accommodate any more trains, Metro officials say.

Surovell and newly elected Prince William County supervisors say the system must nonetheless study how such an expansion might be made to extend the 117-mile system an additional 16 miles south to accommodate more commuters.Surovell obtained funding in 2011 to study extending the Yellow Line to Hybla Valley in Fairfax County. That study identified economic, engineering and funding feasibility of the extension by looking at ridership, system impacts and trip impacts, Surovell said in his statement.

Del. Luke Torian, D-52nd, and chair of the House Appropriations Committee, said transportation infrastructure is a top priority for the Prince William County delegation. Torian said the study would look not just at extending Metro but also at the possibility of bus rapid transit…

…Kenny Boddye, D-Occoquan, said the region needs an all-of-the-above approach to transit, but said Metro stands out for its ability to spark economic growth.

“In addition to shortening commute times, extending the Blue Line to Prince William would allow us to reach our full economic potential as a county. A station in the Occoquan District – at Potomac Mills – would make Prince William County a destination for shoppers far and wide and would be a big boost to local businesses. Where Metro goes, investment follows,” Boddye said…