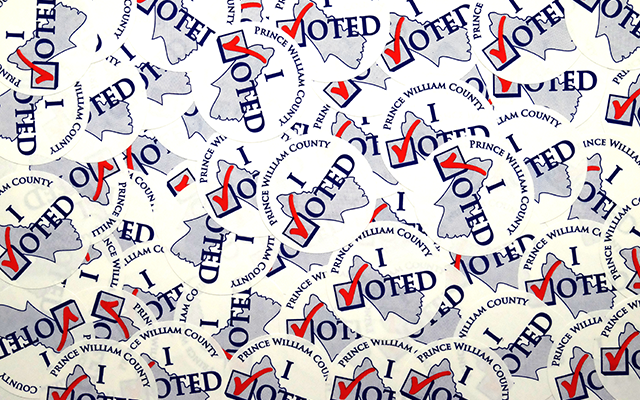 On June 8, 2021, the Commonwealth of Virginia will have a Democratic primary election for governor, lieutenant governor and attorney general, as well as several primaries for the House of Delegates representing Prince William County. Democrats in Districts 2, 31 and 50 and Republicans in District 51 will have primary elections.

The days and times for early voting at these locations are as follows:

No Voting at the Woodbridge DMV
In the past, the Prince William Office of Elections has used the Woodbridge DMV for early voting. However, because of the ongoing COVID pandemic and limited parking at the DMV, voting is moved to the Dr. A. J. Ferlazzo Building.

The Prince William Board of County Supervisors approved this change in polling location during their March 16 meeting. The Office of Elections will post signs at the DMV for anyone who may accidentally go there to vote, directing them to Ferlazzo.