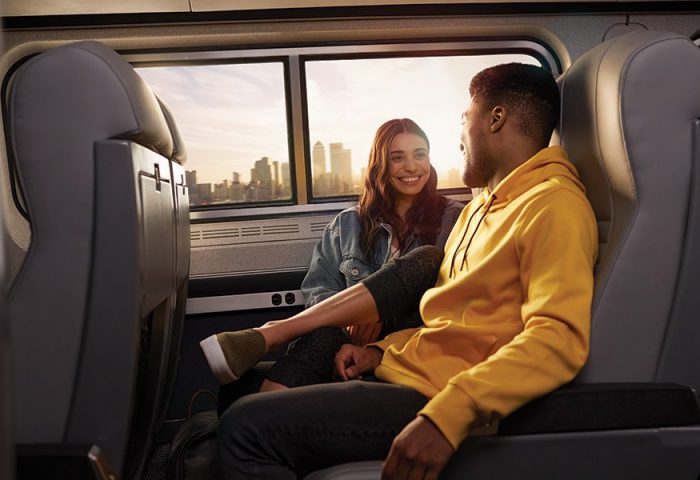 Expanding transit options continues to be  a priority at the local and state level, as officials seek to mitigate traffic delays, reduce carbon emissions and improve the quality of life for Virginians. Governor Ralph Northam announcement today marks tremendous progress on these goals, with the launch of expanded rail service from Richmond to the Northeast corridor. Amtrak worked with a medical director and partnered with the George Washington University Milken Institute School of Public Health to ensure proper health and safety protocols are implemented on its trains.

The Amtrak Northeast Regional Route 51 will now offer early morning service from Main Street Station, getting travelers from Downtown Richmond to Washington D.C. when the workday begins or to New York for a lunchtime meeting. The new train is the first expansion of service under Governor Northam’s Transforming Rail in Virginia program to significantly expand rail infrastructure throughout the Commonwealth. For Prince William County residents, it represents fewer through-travelers on I-95.

“If you’ve ever been stuck on I-95, you know we can’t pave our way out of congestion,” said Governor Northam. “This new train offers quick, reliable service from the Commonwealth’s capital to Washington, D.C., connecting our two cities and making it easier for thousands of Virginians to get to work in the morning. Virginia is leading the nation in expanded access to high-performance rail—and I look forward to many more milestones ahead.”

Transforming Rail in Virginia is a $3.7 billion program to expand and improve passenger, commuter, and freight rail in Virginia. It will connect the Northeast and Southeast corridors in America’s national rail network. In partnership with CSX, Amtrak, and VRE, Virginia is constructing a new Long Bridge over the Potomac dedicated to passenger and commuter rail. 386 miles of rail right-of-way and 223 miles of track were acquired, and more than $1 billion was invested for additional rail infrastructure.

Over the next ten years, these investments will result in nearly hourly Amtrak service between Richmond and Washington. Amtrak service will also be enhanced for Newport News and Norfolk. VRE services will increase by 75 percent along the I-95 Corridor and weekend service will be added.

“CSX is proud to partner in this Transforming Rail in Virginia initiative, which is enhancing passenger and freight rail service from the Commonwealth of Virginia into the District of Columbia,” said CSX Vice President Tammy Butler. “This is just the first step in creating safer, more efficient service while easing congestion in the region.”