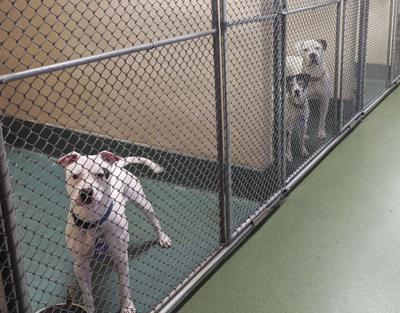 Prince William County is moving forward with plans for a smaller footprint for a new animal shelter to reduce construction costs.

Residents came out for a meeting of the Prince William Board of County Supervisors on Tuesday to support the multimillion-dollar project to replace the aging animal shelter on Bristow Road.The building size has been reduced from 28,000 square feet to 25,760 square feet after cost estimates came in much higher than the $15.1 million the county budgeted in 2018.

At a special meeting on Tuesday, county staff presented for the first time an idea for an alternate plan: eliminating the construction altogether and instead renovating the existing animal shelter and buying a second facility in Manassas Park for a partial shelter. Most residents who spoke Tuesday about the animal shelter did not support that alternative.

Supervisor Kenny Boddye, D-Occoquan, said during the meeting that so much money has already been spent on the design, the project should move forward. Deputy County Executive Rebecca Horner told the board about $1.8 million has been dedicated toward the project’s design.

The board decided to move ahead with the replacement project with its current challenges. County Executive Christopher Martino told the board he expects to award the contract soon, but will update the board at its meeting March 10 before awarding the construction contract to build the replacement shelter…