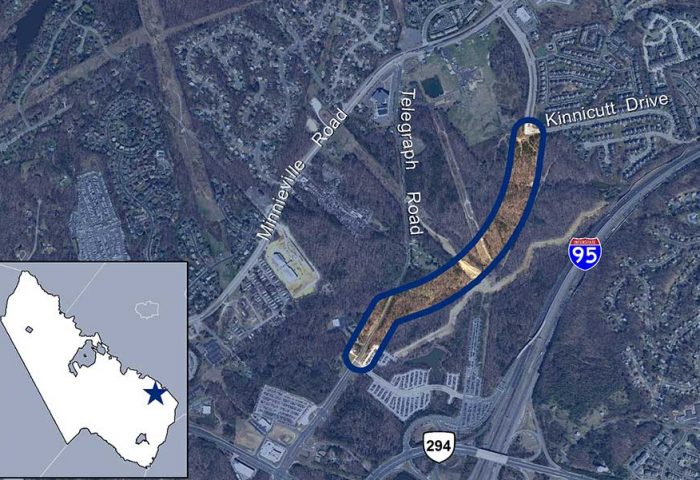 The Northern Virginia Transportation Authority(NVTA) FY 2020-2025 Six Year Program, adopted on July 9, fully funds three Prince William County road projects with a total award of $110 million. This was NVTA’s fifth funding program and the most competitive to date, with 13 localities and agencies requesting a total of $1.44 billion in funding, and only $539 million in regional revenues available.

All three Prince William projects are in the eastern end of the county and are integral to Small Area Plans (SAP), planning guidelines meant to enhance the sense of community and spur economic development within each study area:

The funding in Occoquan District will enable the County to move forward with its extension of Summit School Road from Kinnicut Drive to Telegraph Road, connecting Minnieville and Telegraph roads via a four-lane, divided roadway. The project will also widen Telegraph Road from two lanes to four, between Caton Hill Road and Prince William Parkway — a distance of about 0.17 miles. The project will also increase mobility for pedestrians and cyclists, with the addition of sidewalk and a shared-use trail.

These improvements will enhance flow and safety for existing traffic, while also preparing the area for future economic growth.

“The Summit School Road extension will provide a much-need alternative artery for traffic along the eastern Minnieville and Old Bridge corridors, and will improve safety by bypassing the north end of Telegraph Road,” said Occoquan District Supervisor Boddye. “Additionally, this project will facilitate travel to employment centers through increased access to the Horner Road Commuter Lot and the I-95 Express Lanes, as well as encourage job growth in Prince William, improving accessibility to sites such as the Kaiser Permanente campus currently under construction along Minnieville.”

The Parkway Employment Center SAP consists of nearly 750 acres bounded by the I-95, Prince William Parkway, Minnieville, Summit School Road and Smoketown Road. The County considers this area, which is a state-designated Opportunity Zone, as a critical eastern gateway.