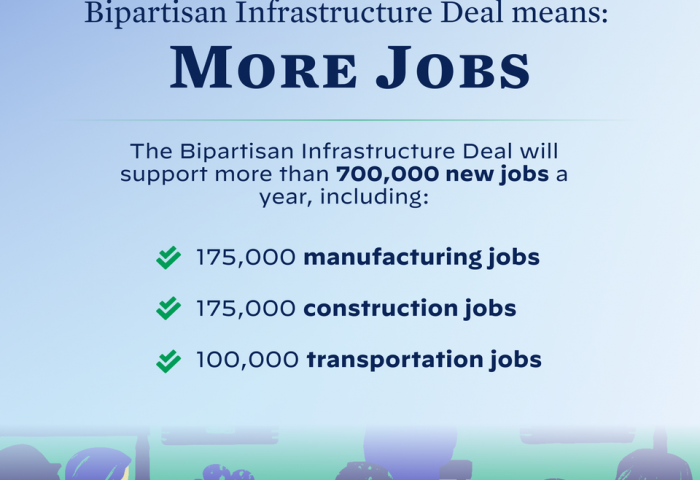 With the U.S. House of Representatives’ historic passage of the Infrastructure Investment and Jobs Act – the infrastructure portion of President Joe Biden‘s Build Back Better economic plan – Virginia stands to receive billions of dollars to invest in critical transportation, transit, sustainability, broadband, and other infrastructure.  Here are highlights, to include what some of these investments could mean for Virginians specifically:
Transportation
Other Infrastructure
Thank you to our congressional delegation for their work on this, and to Senators Mark Warner and Tim Kaine for helping to get this through that chamber earlier this year. I look forward to working with my fellow Board members, County staff and state officials to optimize what this spending package can do for the people of Prince William County.
You can also read more in this article by NPR.