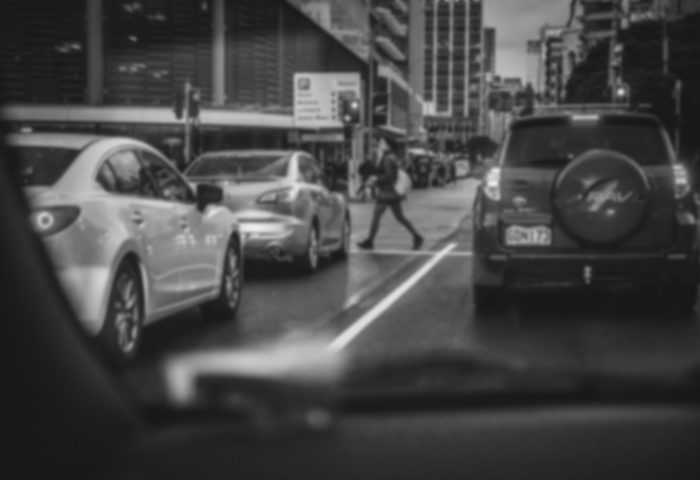 Supervisor Boddye’s office has received quite a few calls regarding excessive vehicle noise since he took office last January. Typically, his staff is able to resolve most constituent concerns by making a few phone calls to the right county or state agency. This issue was different. Each call unveiled obstacles to enforcement and loopholes in state and local code. On March 11, the Supervisor hosted a townhall that connected state officials with agencies such as the county’s police and transportation departments, to have a holistic discussion on this complex issue.

Already difficult to enforce, recent legislation passed by the General Assembly may prohibit excessive vehicle noise from being considered a primary offense. This means that an officer can not pull a car over simply for excessive noise. This compounds existing enforcement challenges: Defending the enforcement in court is incredibly difficult, and the violations mainly happen at night, when patrols prioritize other calls for service over traffic enforcement. Additionally, only a few officers have the special training required to accurately detect and report vehicle noise violations and it is difficult to catch violators in the act, since they are typically gone before officers can respond.

While much of the townhall discussion simply reinforced the web of obstacles to dealing with loud cars in our communities, it also pointed to some possible paths forward. Based on the conversation, Sen. Surovell drafted a letter to the Attorney General’s office asking for clarification on the legislation that eliminated excessive vehicle noise as a primary offense, to see if it can be enforced. If the AG finds that it excessive vehicle noise is enforceable as a primary offense, more options would become available. Should this be the case, the Supervisor indicated that he would request VDOT and PWDOT to research technology – such as audio detectors – that could assist in enforcement. These agencies would need to ensure that any new technology employed would addresses noise issues without creating new problems. The Supervisor has also asked the state delegation and the Virginia State Police explore whether vehicle inspections could include regulations on modified mufflers, so that vehicles with these alternations would fail inspection.

While Supervisor Boddye will continue to work with county agencies to affect change where they can, the heavy lift on curtailing this nuisance will need to take place at the state level. Residents should reach out to State representatives, asking them to support making modified mufflers a violation of state vehicle inspections and to provide local police with tools to enforce excessive vehicle noise.

In the meantime, the Prince William County Police Department is asking for residents to report excessive vehicle noise issues through the traffic safety hotline, which could allow them to do targeted enforcement in specific areas. While current interpretation of state law is that excessive noise cannot be a primary offense, if these vehicles are speeding or otherwise committing traffic violations, the vehicle noise can be addressed during the interaction.

Update: On April 30, 2021 the Office of the Attorney General issued an informal opinion in response to Sen. Surovell’s request (click here to view the full informal opinion). Two sections worth highlighting are included below:

“During the 2020 Special Session I, the General Assembly amended several provisions relating to various traffic offenses. The several sections that deal with state regulation of loud exhaust systems now include a provision stating: ‘No law-enforcement officer shall stop a motor vehicle for a violation of this section. No evidence discovered or obtained as the result of a stop in violation of this subsection, including evidence discovered or obtained with the operator’s consent, shall be admissible in any trial, hearing, or other proceeding.'”

“The governing body of any county, city, or town which is located within the Northern Virginia Planning District may provide by ordinance that no person shall operate and no owner shall permit the operation of, either on a highway or on public or private property within 500 feet of any residential district, any motorcycle, moped, all-terrain vehicle…electric power-assisted bicycle, motorcycle-like device commonly known as a trail-bike or mini-bike, off-road motorcycle, or motorized cart commonly known as a go-cart unless it is equipped with an exhaust system of a type installed as standard equipment, or comparable to that designed for use on that particular vehicle or device as standard factory equipment, in good working order and in constant operation to prevent excessive noise.”

In summary, according to the Office of the Attorney General, even with the Prince William County ordinance that specifically addresses loud exhausts, it is in conflict with State code and police are not be able to enforce the ordinance except with the few vehicles listed above.

Prince William County police will continue to enforce traffic violations such as speeding and vehicle maintenance issues while Supervisor Boddye advocates to his colleagues in Richmond. Residents should reach out to State representatives, asking them to support making modified mufflers a violation of state vehicle inspections and to provide local police with tools to enforce excessive vehicle noise.