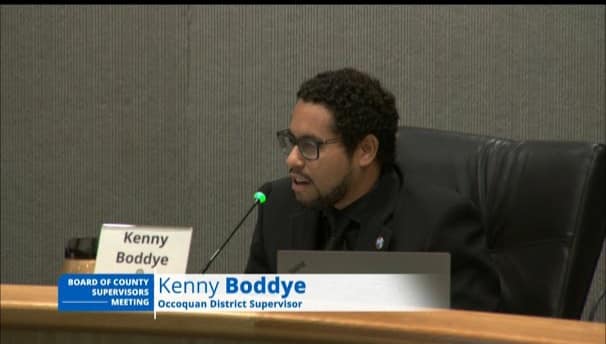 For the first time in over 20 years, Prince William County has added to its land preservation toolbox, with the unanimous adoption of a Purchase of Development Rights (PDR) program, which would compensate farmers and other large landowners (40 acres minimum) who elect to sever their development rights and place land in permanent conservation easements. This popular measure had long been in a holding pattern, with previous Boards taking an “all or nothing” approach to rural land policies.

“Inaction over the years has cost us thousands of acres of rural land. We must do something to protect our remaining open space, even as we continue to finetune other preservation tools,” said Supervisor Kenny Boddye.

Planning staff reported that the nearly 14,000 acres of rural land had been carved into 10-acre lots between 2009 and 2019. Meanwhile, the amount of acreage being actively farmed in the County dropped by 70% since 2002, according to the US Department of Agriculture. Some local farmers cite this residential encroachment as a factor.

“A PDR program is an important first step. The next, as we adopt more preservation tools, is to acknowledge that there are green spaces and rural areas all throughout the county that are just as worthy of protecting. It is time to stop pitting west against east, working together to holistically protect our County’s natural resources.”

The Supervisors were also unanimous in declaring the Rural Preservation Study commissioned in 2014 as outdated. Boddye issued a series of directives meant to give staff guidance on elements of the study that the Board would like to see brought back quickly—such as adopting a set of “Rural Character” design standards and creating an economic development position to support the new Agriculture & Arts Overlay District—and those that would require more refinement, such as Transfer of Development Rights (TDR). The directives, outlined below, also direct staff to expand the preservation scope to the Count as a whole:

“We are finally positioning ourselves to truly embrace smart growth principles, to include protecting contiguous, accessible open space,” said Boddye of Tuesday’s decision. “I look forward to working with residents, County staff and my colleagues in creating a holistic, sustainable preservation framework for our entire community.”