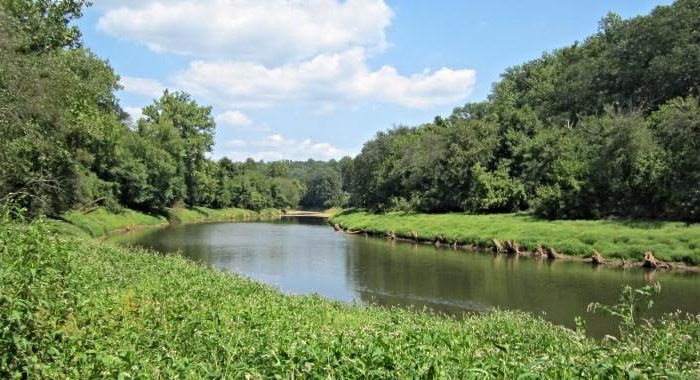 In casting the deciding vote to approve The Preserve at Long Branch development, Occoquan District Supervisor Kenny Boddye helped usher in what will be one of Prince William’s largest acquisitions of parkland since the county acquired Silver Lake in 2009.

The Preserve at Long Branch will be a 340-acre development of 99 luxury homes, only 30 of which can be accessed through the County’s designated rural area. The entrance for the remaining homes will open into the development area on Route 234. Developer proffers include 190 acres of parkland with access to the Occoquan River and historic sites, as well as $3,905,743 to offset impacts to traffic, schools and public safety. Boddye said this project reminds of him the story of how Lake Ridge Golf & Marina came to be.

“A group of forward-thinking community members realized that the county was about to lose public access to the Occoquan Reservoir as Lake Ridge was built out,” said Boddye. “They came together to negotiate with the developer, exchanging higher housing density in another section of the subdivision for 74 acres of land along the water. Just imagine how different Lake Ridge would be with houses where our marina now sits. That group changed the fabric of our community, creating what is now one of the most beloved amenities in our district.”

Approval of the project was given concurrent to a comprehensive plan amendment that allowed for an average of 3.32 acre lots per home. While lower than the density of most surrounding neighborhoods, it is an increase from the 10-acre lots typically required within the rural area.

Boddye, who took office in January 2020, acknowledged that he was not always a proponent of the project. “Here in Prince William, we have been told the only way to protect our rural areas is by carving farmland into 10-acre estates. 20 years later, it is easy to see that policy does not work,” said Boddye. “If we chose the ‘do what we have always done’ line of thought, 90 percent of this land would have been lost to us forever. By-right, the developer could have built 32 10-acre lots. Instead, the people of Prince William will gain a passive use park where they can hike, paddle and explore our shared history.”

Boddye noted that throughout the planning process he kept an open mind, as well as an open dialogue, and that the applicant was responsive to his concerns. For instance, the project includes a conservation easement that will keep this area safe from additional development. It is also proffered that public sewer cannot be extended to the west or south of the property, relieving future development pressure and creating a permanent backstop to future high density development there.

“Preservation of open spaces is one of the tenets on which I ran, and this project does exactly that,” said Boddye. “It is time to move past lip service when it comes to protecting our rural areas. That will require a more holistic, and realistic, approach than we have seen from previous Boards. My hope is that this vote marks the start of a more honest dialogue about the conservation of open space and rural economies. I welcome those discussions, and the public good they can bring.”