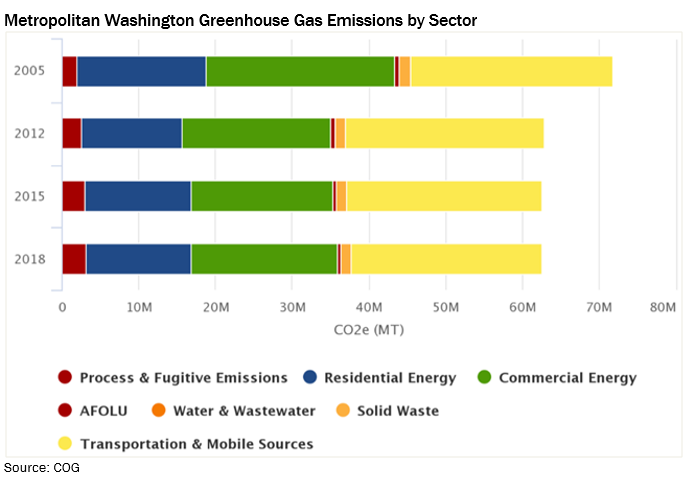 Among other actions, Boddye’s resolution directs county staff to incorporate environmental goals set by the Metropolitan Washington Council of Governments (COG) into the Comprehensive Plan. These include the county getting 100% of its electricity from renewable sources by 2030 and being carbon neutral by 2050. It also makes community input central to the process.

“I realize that some of the timelines may seem aggressive, but we are making up for lost time, and have none to waste,” said Boddye. “Our region is already experiencing the intensity and frequency of storms. That means more flooding, more taxpayer dollars spent repairing roads. This is also a health issue, especially for frontline communities who are usually the closest to outdated fossil fuel infrastructure.”

Prince William is the last Northern Virginia jurisdiction to take steps to comprehensively address climate change. Boddye said that he is confident that Prince William will not only catch up to its peers, but become a leader in tackling the climate crisis.

“My resolution positions Prince William to partner with our regional neighbors, sharing best practices and efficiencies, working together for the good of our communities,” said Boddye. “We have already seen innovation from county staff, even without a Board-directed policy. Now, the Board is empowering them with a clear directive to make sustainability, clean energy and environmental protections central to County processes.”

“As a resident, I am thankful for Supervisor Boddye’s resolution because it will bring our community millions of dollars in cost savings, good local jobs, and resiliency in the face of worsening natural disasters,” said Mothers Outfront Northern Virginia Organizer Tiziana Bottino. “As a mother, I am thankful because we are finally taking action to protect and preserve the planet that my children and future generations will inherit.”

“This is intentionally a broad resolution, setting goals for sustainability, but not specific pathways,” explained Boddye. “We will determine those together, as a community, working towards a more sustainable future for generations to come.”