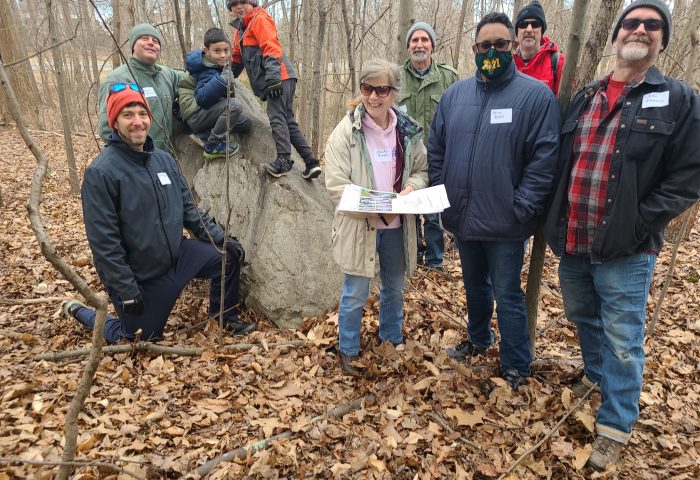 A message from Supervisor Boddye:

This weekend, I had the opportunity to walk the proposed site of the Charlie Boone Memorial Bike & Skateboard Park, off Springwoods Road in the Occoquan District. The project is spearheaded by Charlie’s family, as a way to honor his memory. An avid rider and skateboarder, he lost his life to suicide in 2012 at the age of 22.

Through the organization they formed, the Charlie Boone Trails Memorial Foundation, Inc., they seek to preserve and improve the existing makeshift park – with its improvised ramps, trails, and obstacles – that brought Charlie so much joy. Foundation members envision a gathering place that provides young bike and skateboard enthusiasts with a safe place to practice their sport and build connections.

Work on this vision began in 2014, and in 2018 Prince William County signed an MOU committing technical support for the project. A big thank you to Wendy Boone of the Charlie Boone Trails Memorial Foundation, Inc for inviting me out alongside Greater Prince William Trails Coalition members and other key stakeholders. Together, we walked the land that Charlie once rode, discussing the foundation’s plans for cement riding and skating structures, dirt jumps, walking trails, and a sitting area.

During our walk, Ms. Boone explained that fundraising efforts for the park have stalled during COVID-19. Rather than keep the entire project on hold, we discussed a phased plan that would focus on first building the bike course, which could be brought on line more quickly and for less money than the skatepark, allowing local riders to enjoy the area sooner. You can visit the foundation website to learn more about Charlie, his family, and plans for the park. The website also highlights ways to support the effort, such as contributing funds, sharing information, or joining the foundation.