County to Voice Support for Virtual Board Meetings 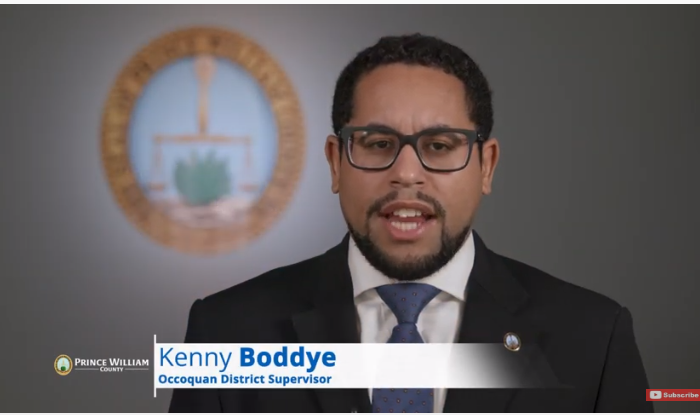 Yesterday, the Prince William Board of County Supervisors unanimously passed Supervisor Boddye’s resolution to voice support for Governor Northam’s Amendment 28 to HB 29/2018-2020 Biennium Budget Bill, which would grant localities the ability to meet virtually during a state of emergency. Current state law requires a physical quorum for localities to meet on matters that do not directly pertain to the crisis. As a result, the Board has convened twice since passage of the stay-at-home orders, taking as many precautions to limit the spread of COVID19 and implementing a remote Public Comment period on April 14. While the Board must continue to do the business of the people, to include navigating the new fiscal realities and services needs brought about COVID19, it is important to protect County residents, staff and elected officials by moving meetings to a virtual format. It is our hope that state leaders will make this possible. Resolution text below.

RE:                       AS A RESULT OF COVID-19’S EMERGENCY PUBLIC HEALTH CRISIS AND DISASTER, WAIVE BOARD OF COUNTY SUPERVISORS’ RULES OF PROCEDURE TO ENCOURAGE THE MEMBERS OF THE GENERAL ASSEMBLY DELEGATION TO SUPPORT THE GOVERNOR’S AMENDMENT 28 TO HB 29/2018-2020 BIENNIUM BUDGET BILL DURING THE 2020 RECONVENED SESSION TO BE EFFECTIVE IMMEDIATELY UPON ADOPTION

WHEREAS, on January 31, 2020, the United States Health and Human Services Secretary declared a public health emergency for the entire United States to aid the healthcare community in responding to Novel Coronavirus (COVID-19); and

WHEREAS, on March 11, 2020, the World Health Organization declared the COVID-19 outbreak a pandemic; and

WHEREAS, on March 12, 2020, Governor Ralph Northam declared a state of emergency in the Commonwealth of Virginia due to COVID-19, a communicable disease of public health threat, and issued Executive Order Fifty-One and acknowledged the existence of a disaster as defined by Virginia Code § 44-146.16 arising from the public health threat presented by a communicable disease anticipated to spread; and

WHEREAS, on March 13, 2020, Donald J. Trump, the President of the United States, found and proclaimed that the COVID-19 outbreak in the United States constitutes a national emergency, beginning March 1, 2020; and

WHEREAS, on March 16, 2020 the County Executive, acting in his capacity as Director of Emergency Management, declared a local emergency for Prince William County, which was required to be confirmed by the Board at its next regular, special, or emergency meeting called within forty-five days of the County Executive’s action; and

WHEREAS, on March 17, 2020, Governor Northam and the State Health Commissioner declared a public health crisis due to COVID-19 and announced that all restaurants, fitness centers and theatres are mandated to reduce seating capacity to 10 patrons, or close: and

WHEREAS, on March 23, 2020, Governor Northam issued Executive Order Number Fifty-Three, which among other items further restricts the number of persons who can gather in one place in public or private to less than 10 people; pursuant to Section 9(e) of this Executive Order, nothing in the order shall limit the operation of government; and

WHEREAS, there have been a number of confirmed cases of COVID-19 among Prince William County residents: and

WHEREAS, federal and state guidance from the executive branch has recommended suspension of public gatherings of more than ten attendees, and should practice social distancing; and

WHEREAS, the Board’s top priority is protecting the health, safety, and general welfare of the public; and

WHEREAS, under Virginia Code § 15.2-1413, “[n]otwithstanding any contrary provision of law, general or special, any locality may, by ordinance, provide a method to assure continuity in its government, in the event of an enemy attack or other disaster. Such ordinance shall be limited in its effect to a period not exceeding six months after any such attack or disaster and shall provide for a method for the resumption of normal governmental authority by the end of the six-month period.”; and

WHEREAS, on March 20, 2020, the Virginia Attorney General affirmed that § 15.2-1413 authorizes the Board to, by ordinance, provide a method at variance with general or special laws to assure continuity of government in the event of a disaster for a period not to exceed six months; and

WHEREAS, on March 30, 2020, Governor Northam issued Executive Order Number Fifty-Five, which ordered individuals to remain at their place of residence, subject to certain exceptions, and which does not apply to the operation of County government; and

WHEREAS, on March 31, 2020, pursuant to § 15.2-1413, the Board of County Supervisors adopted an emergency Continuity of Government Ordinance (Ord. No. 20-10) and invoked the provisions of Ord. No. 20-10 to address the current Covid-19 emergency and Disaster, including, among other things, “meetings of the Board, and to the extent allowed by law, all local public bodies, boards, commissions, committees, authorities, and other public bodies that are appointed by and report to the Board, that are necessary for the continuity of its government, may be held through electronic communication means without a quorum of members physically present in a single location” and “may be held without permitting members of the public to be physically present in a central location or in the same physical location as the Board or any of the entities listed above, so long as alternative arrangements for public access to such meetings and public participation in such meetings are made”; and

WHEREAS, on April 11, 2020, Governor Northam proposed Amendment 28 to HB 29/2018-2020 Biennium Budget Bill, which expressly authorizes “any public body, including any state, local, [or] regional body” to “meet by electronic means without a quorum of the public body . . . physically assembled at one location when the Governor has declared a state of emergency . . ., provided that (i) the nature of the declared emergency makes it impracticable or unsafe for the public body . . . to assemble in a single location; (ii) the purpose of the meeting is to discuss or transact the business statutorily required or necessary to continue operations of the public body . . . and the discharge of its lawful purposes, duties, and responsibilities” and the public body meets certain requirements regarding the recording, transcript, and/or minutes of the meeting; and

WHEREAS, the Board finds that the Governor’s proposed Amendment 28 is a helpful clarification of the law as the Board and other public bodies address the COVID-19 emergency public health crisis and disaster, and the Board desires to waives its Rules of Procedure to consider encouraging the members of the General Assembly delegation to support Amendment 28;

NOW, THEREFORE, BE IT RESOLVED that, as a result of COVID-19’s emergency public health crisis and disaster, the Board of County Supervisors waives its Rules of Procedures to encourage the members of the General Assembly delegation to support the Governor’s Amendment 28 to HB29/2018-2020 Biennium Budget Bill during the 2020 Reconvened Session to be effective immediately upon adoption;

BE IT FURTHER RESOLVED that the County Executive or his designee shall provide a copy of this Resolution to the members of the General Assembly delegation.