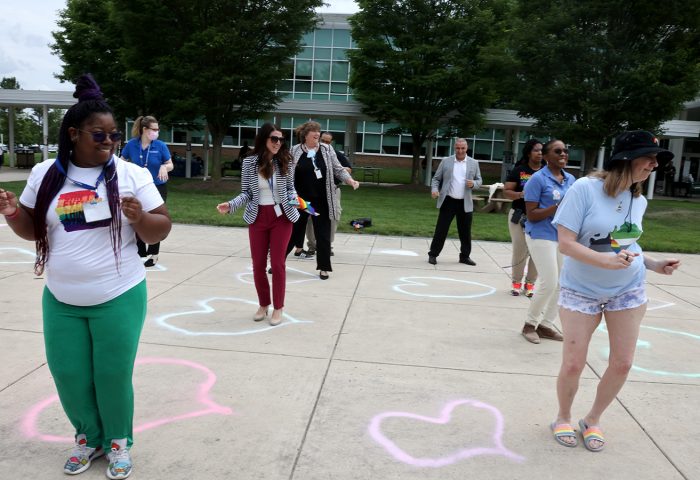 Scores of people gathered in the plaza at the McCoart Building on June 7 for Prince William County’s first Pride Community Celebration. They enjoyed camaraderie, music, and food, while also connecting with government resources and local LGBTQIA+ organizations.

“When we welcome everybody in Prince William County, and make sure that everyone feels that they’re a part of our family and our community, we thrive,” said Occoquan District Kenny Boddye during his remarks.

He noted that these types of events are not just symbolic: They can be lifesaving. The Centers for Disease Control found that LGBTQ+ youth are more than four times as likely to attempt suicide than their heterosexual peers. These young people are not “inherently prone to suicide risk because of their sexual orientation or gender identity but rather placed at higher risk because of how they are mistreated and stigmatized in society,” explains The Trevor Project.

Sadly, we saw this type of stigmatization right from our dais. Two of the three Republican members of our own Board of County Supervisors derided this year’s Pride proclamation, even using homophobic and transphobic tropes and misinformation to justify their stance. The third Republican member abstained.

However, each of us can be the antidote to this type of othering, by spreading the message that we value all members of our community. The Trevor Project notes that “having at least one accepting adult [in their lives] can reduce the risk of a suicide attempt among LGBTQ young people by 40 percent,” and cites the following as protective factors:

I hope you will join me in ensuring that no person, and certainly no child, in our community feels unwelcomed or less than. Learn how you can “Advocate, Educate, & Celebrate” all year long: