A call for reconciliation, end to political divisiveness 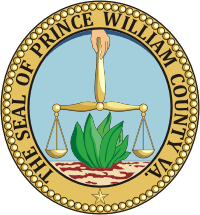 Last Sunday, the Prince William County Police Department sought to promote healing, bridging together their Citizens Advisory Board (CAB), leaders in the Black community and other local residents for an emergency meeting in response to protests the night before. I was invited by the CAB Chairman, due in part to my past work as Chairman of the Prince William NAACP’s Criminal Justice Committee. Each of the Supervisors present was there to listen, not legislate.

Unfortunately, some of my colleagues have chosen to do the opposite. Supervisors Candland and Lawson have decided to distract from, rather than deal with, the deep seated inequities that have brought our nation to this moment. In a blatant attempt to shift the local narrative away from the historic protests that have been occurring all across this nation and the world, they are feigning ignorance of Virginia’s Freedom of Information Act, claiming that our attendance constitutes a meeting of the Board.

As my Republican colleagues well know, VA Code Section 2.2-3701 explicitly contradicts their claims: “Neither…the gathering or attendance of two or more members of a public body (a) at any place or function where no part of the purpose of such gathering or attendance is the discussion or transaction of any public business…or (b) at a public forum…shall be deemed a ‘meeting’ subject to the provisions of this chapter.”

At the Police Department’s meeting, more communication was encouraged, as well as an after action report requested of law enforcement by the community. No public business was transacted; we did not take any actions as a Board nor did we suggest any policy directives would be taken at a later time. Why then, would my Republican colleagues propagate accusations that they know to be false? Why seek to turn a moment of community healing and reconciliation into a political division?

Had my Republican colleagues chosen to remain part of the conversation during Tuesday’s Board meeting, rather than engaging in political theater by storming out prior to closed session, they may have walked out with additional clarity regarding the letter of law. But that would not support their narrative, one that drowns out the voices of millions of marginalized people asking to be heard at last.

As it is, the Board has requested a public presentation on FOIA in the name of “clarity.” I look forward to engaging my colleagues in that conversation, so that we can move on to the deeper discussion of how we may all work together to eradicate the racial inequities that threaten to divide our community. I want all of my colleagues included in this conversation; their voices and perspectives matter. While I am disheartened at the distraction from the pressing issues at hand, I remain confident that we will move forward as a community, remaining stronger, together.