Occoquan District > In the News > Prince William board to decide how to spend $41 million in federal COVID-19 aid | News | princewilliamtimes.com

Prince William board to decide how to spend $41 million in federal COVID-19 aid | News | princewilliamtimes.com 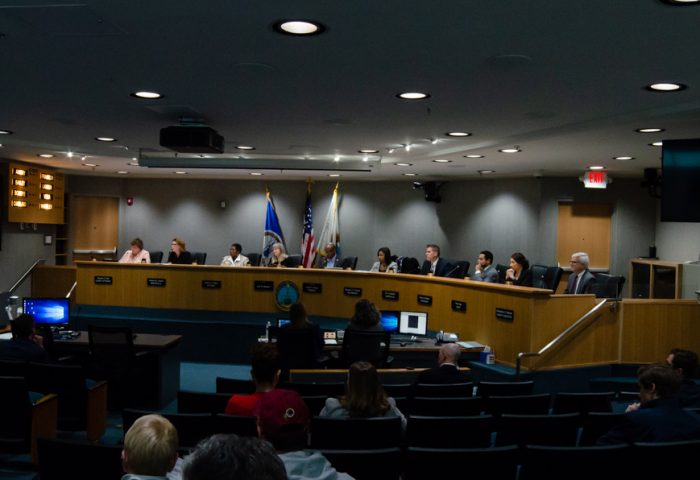 “We know there are a lot of businesses being hit hard right now,” Boddye said. “We’re going to have a lot of folks coming to us, wanting that relief and needing that relief.”

Prince William County is slated to receive $41 million in federal COVID-19 aid this week, and it will be up to the board of supervisors to decide how to spend it.

The aid is part of the $3.3 billion in state and local government aid being sent to Virginia as part of the Coronavirus Aid, Relief and Economic Security Act, better known as the CARES Act, passed by Congress on March 27. Of that, $650 million has been earmarked for local governments and is being divvied up based on their population size.

Last month, the county board passed a budget for fiscal year 2021 that was about $40 million less than the spending plan they had hoped to adopt before the pandemic hit. But those spending reductions were largely the result reductions in tax revenue expected in the coming year, and the federal relief funds, by law, can’t be used to replace that money. It can only be used to pay for COVID-19 related expenses, according to the U.S. Treasury.

County Executive Chris Martino outlined some of the ways that the county could spend the money at Tuesday’s board of supervisors meeting. The plan included using $26 million to provide relief to local small businesses and bolster the county’s homeless services and Community Feeding Task Force.

Martino said the county could allocate $8 million each to the county’s Community Feeding Task Force and Emergency Housing Assistance/Homeless Services programs. Martino said an additional $10 million could be allocated to the Economic Recovery Task Force for small business support.

Martino said the county could also reimburse itself for $10 million in projected COVID-19 related expenses between March 1 and June 30 and retain $5 million for the county’s COVID-19 response in fiscal year 2021, which begins July 1.

The county has already spent about $4 million in county funds reacting to the pandemic, some of which has been spent on personal protective equipment, Martino said…

Supervisors briefly discussed criteria small businesses might need to meet to be eligible for the proposed small business relief funds. Martino said the criteria has not yet been finalized but added that, if there is more demand than resources “then we’re looking at doing a lottery type of approach.”

…Supervisor Jeanine Lawson, R-Brentsville, said the criteria for the small business relief is necessary for “equitable distribution” of funds, “so it’s not centric to anyone particular industry, or part of the county.”

Supervisor Kenny Boddye, D-Occoquan, said the county should “be advocating for as much resources as possible” to support struggling small businesses in the county, many of which have been forced to close or cut hours during the pandemic.

“We know there are a lot of businesses being hit hard right now,” Boddye said. “We’re going to have a lot of folks coming to us, wanting that relief and needing that relief.”