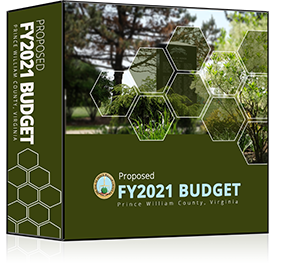 A community’s budget is a statement of that community’s values. Prince William County’s newly-revised FY21 Proposed Budget is built on a flat tax rate with an emphasis on human services and investing on the most vulnerable among us. Still, compared to the budget presented by the County Executive it is triage. It cuts $41M out of the initial budget proposal, delaying most capital projects, eliminating merit pay increases and freezing hiring.

As noted by quite a few of the residents speaking during Public Comment last Tuesday, to further drop tax rates in order to maintain a flat tax bill would be irresponsible.  To save taxpayers what amounts to a little under 50 cents-per-day, a flat tax bill would gut tens of millions more from the budget, unrealistically ignoring inflation as well as the increased need for services during this pandemic: Our folks in Community Services report that they are currently processing the equivalent of one month’s worth of applications for services every week, quadrupling their pre-COVID19 output.

It would also all-but-ignore the County’s fiduciary responsibility to the school division, at a time when our schools are already running at a deficit due to losses in local, state and federal revenue. We should be funding our future, not starving it.

While it is not the budget that I had envisioned prior to this unprecedented crisis, I am proud of the budget that we have crafted. Our markup session resulted in a budget proposal that offers a balance between softening the impact on taxpayers while funding services many in our County  will need just to survive this crisis. Investments include:

I am also advocating for staffing for the Groveton Fire Station (22) and reinstatement of the In-Home Intensive Youth Program, which helps families address mental health issues and behaviors that could otherwise cause children to become displaced.

The people of Prince William are indeed struggling. When I see that unemployment claims are soaring, or that local businesses are faltering, my instinct is not to gut core County services and hope that only the strong survive. Instead, it is to lean into the vital role that local government plays in caring for the most vulnerable members of our community. I believe that the revised FY21 Budget proposal balances strategic cuts with necessary investments that will enable our community to weather this crisis, emerging stronger, together.