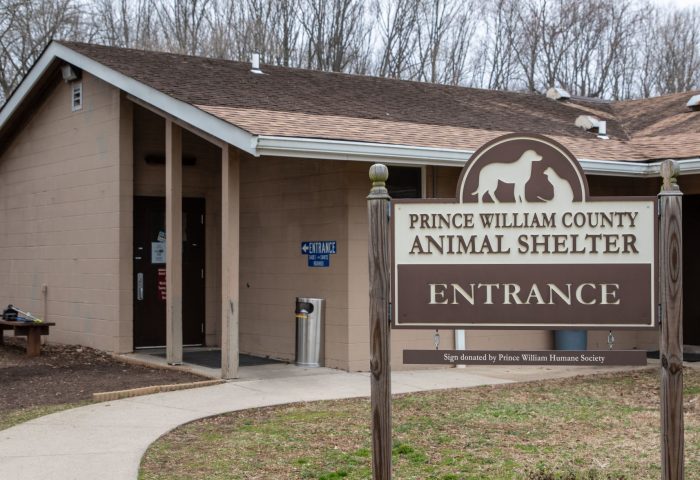 The Prince William Board of County Supervisors rejected Tuesday night an option to replace the county’s animal shelter with a renovated veterinary clinic in Manassas Park and renovations to the existing animal shelter. County staff put forward the possibility of buying Blooms Crossing Animal Hospital, 9471 Manassas Drive in Manassas Park, and renovating the existing shelter on Bristow Road to create a two-building shelter at the Tuesday, Feb. 25, meeting.

But supervisors declined to take any action on the proposal. County staff said the cost of the new animal shelter option cost approximately $10 million at full build-out, about $5 million less than the $15.1 million new shelter the county has been planning for the past two years.

County staff said the cost of the new animal shelter option cost approximately $10 million at full build-out, about $5 million less than the $15.1 million new shelter the county has been planning for the past two years.

Instead, the board directed County Executive Chris Martino to return to the board on Tuesday, March 10, to identify additional funding to fully implement the original design for the new shelter building, which would replace the county’s existing shelter with a 28,000-square-foot shelter on the same property.

The board approved plans for the new animal shelter in 2017. Since then, the project has been marred by setbacks and budget cuts as staff and contractors negotiated to try to bring the project within the $15.1 million budget the board approved in 2017. As a result, county staff announced in January that the new shelter would not be completed until late 2021.

Several key items were cut from the design to bring the project under budget, including multiple rooms to shelter small animals, a barn for surrendered farm animals and a new incinerator.

Additionally, the design for the new shelter was trimmed from 28,119 square feet down to 25,760 square feet by consolidating staff space within the building…

“We’re going to have to look at this in the long term and make sure we’re putting in some financial resiliency into the animal shelter so we don’t have to come back here later,” Boddye said. “I would love to see us have an official mechanism for accepting donations to the animal shelter.”