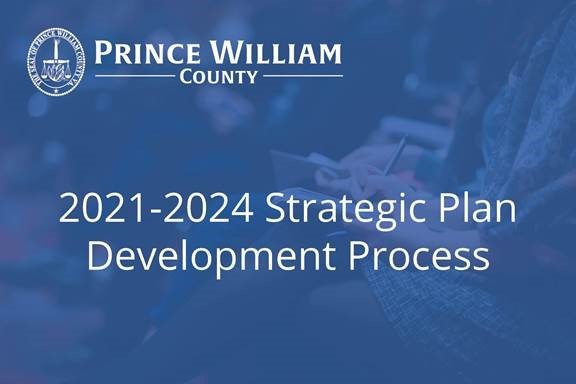 “Even if we disagree with something the community said they wanted, who are we to say, ‘No, we don’t agree with you, so we’re cutting you out of the conversation?’” said Supervisor Kenny Boddye, D-Occoquan after voting down a resolution to remove citizen feedback on police that was gathered during the strategic plan process. “That’s what you’re essentially saying. And that has a chilling effect.” Prince William supervisors split on party lines Tuesday to reject an effort to end discussion about “defunding” or reallocating funds from the police department during the redrafting of the county’s strategic plan, a move that Democratic supervisors said would stifle community input.

Supervisor Pete Candland, R-Gainesville, proposed the resolution in response to an Oct. 20 presentation by the strategic planning committee that highlighted citizen input across a wide spectrum of topics. It included comments from county residents who stated their support for reallocating funding from the police department to social services as well as comments advocating for more training and support for police officers.

During their October presentation, members of the strategic planning committee shared community feedback about the plan but said all suggestions would not necessarily show up in their final draft.

The strategic plan committee is made up of eight residents appointed by the board of supervisors and seven county staff members, including the county’s acting Chief of Police Jarad Phelps. The group has worked for months to draft the 2021-2024 strategic plan, a non-binding document adopted every four years to express the community’s vision and desired outcomes for county government on topics ranging from public safety, to parks and recreation to schools.

Candland’s resolution would have excluded calls for police funding to be reallocated from the thousands of comments the committee considers while drafting the final plan. The committee is scheduled to present their plan for the board’s approval in the coming months.

The board voted 5-3 along party lines to kill Candland’s resolution, with all three Republicans voting in favor and all five Democrats opposed.

Candland’s main argument was that citizen input calling to reallocate police funding to social services was included in the October presentation based on only 12 of nearly 200 citizen comments about public safety. Other citizen comments included requests not to lower the police budget or to keep it at its current level.

“This mischaracterization of the numbers is one of the reasons that I’m so concerned about this process and why we need firm action today and remove any doubt on where this board stands,” Candland said.

Both Supervisor Yesli Vega, R-Coles, and Supervisor Jeanine Lawson, R-Brentsville, said they supported Candland’s resolution as a way to show the board’s appreciation for the county’s police department and its officers.

But Democrats on the board were quick to point out that the strategic planning committee’s presentation was primarily intended to provide the board with a sampling of the thousands of citizen comments collected during the planning process and said they are not comfortable with the idea of restricting citizen input.

“Even if we disagree with something the community said they wanted, who are we to say, ‘No, we don’t agree with you, so we’re cutting you out of the conversation?’” said Supervisor Kenny Boddye, D-Occoquan. “That’s what you’re essentially saying. And that has a chilling effect. What are you telling people when you do something like that? That you don’t care what they’re telling you.”

At-large Chair Ann Wheeler (D) reminded the board that the supervisors had unanimously voted to increase spending for new police initiatives in April. New spending included $900,000 for a “co-responder unit” pilot program that pairs mental health specialists with police officers to respond to mental health emergencies and $100,000 for a domestic violence specialist.

The board also voted last spring to fund the second phase of a years-long, multi-million-dollar effort to raise the salaries of both police officers and civilian police department employees.

“We did all that because actions speak louder than words,” Wheeler said.

None of the board’s eight supervisors has expressed any desire to “defund” or reallocate money away from the police department.

Supervisor Margaret Franklin, D-Woodbridge, said her office was inundated with emails from county residents and even some police officers, as a result of Candland’s resolution, who said they believed Democrats on the board were planning to take away funding from the police department.

“My main concern with this resolution is the misinformation that was sent out,” Franklin said…