Virginia Bill to Prohibit LGBTQ Discrimination Will Move to Senate 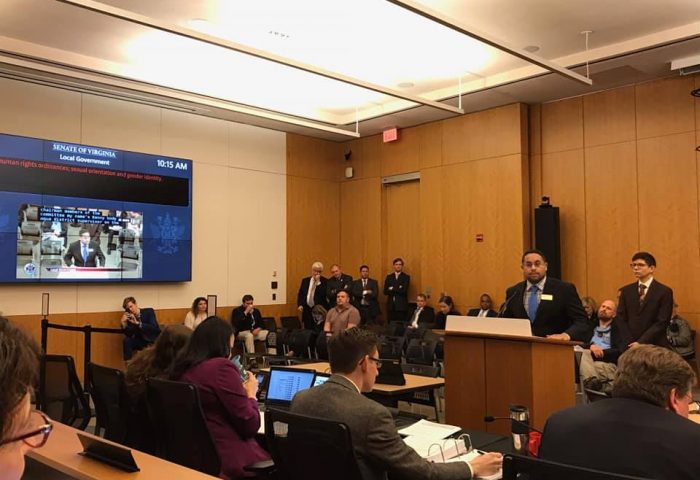 Occoquan District Supervisor Kenny Boddye reported good news from the State Capital this President’s Day: A bill that would grant Prince William, and all Virginia counties, the ability to extend prohibit discrimination on the basis of sexual orientation or gender identity is one step closer to passage.

HB696, filed by Delegate Danica Roem and championed by Supervisor Boddye, found bipartisan support in the Senate Local Government committee, which voted 13-1-1 to move it to the Senate for a vote. It passed the House 75-4 earlier in February.

In the Senate Chambers prior to the vote, Supervisor Boddye implored the committee the committee to enable localities to offer all residents the protections they deserve.

“Counties should have the authority to grant important protections to all of their citizens in housing, education, credit, and public accommodation, regardless of who they are and who they love. Thank you again Danica for carrying this, and to the Committee for voting to report it to the full Senate,” said Boddye following the vote.